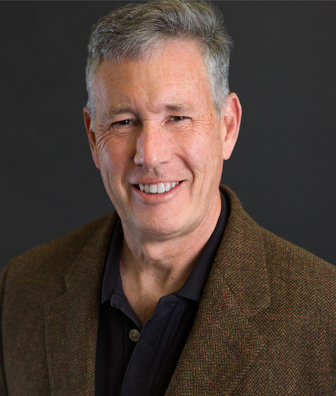 He began his legal career as a Marine officer attached to the 1st Marine Division at Camp Pendleton, California. In the very first case assigned to him, he took the case to trial, obtaining a “not guilty” verdict from a jury for a Marine Gunnery Sergeant. Soon thereafter, Mr. Burnett began to handle the most serious cases at Camp Pendleton, including top-secret clearance national security cases. John left active duty holding the rank of Captain and attained the rank of Major as a reservist.

Following his time as an active duty Marine officer, Attorney Burnett began to represent individuals and families who suffered a catastrophic personal injury, medical malpractice, and wrongful death. A seasoned and skilled trial lawyer, he has taken 46 cases to verdict. The following are a variety of the cases in which Mr. Burnett successfully obtained compensation for his clients:

Medical malpractice – cerebral palsy trial against an obstetrician and a hospital for failure to timely detect placental abruption/fetal distress and timely intervene via C-section, resulting in cerebral palsy and moderate mental impairment. The jury awarded $15,000,000 for the child and $2,000,000 for the parents. A post-trial Motion for Pre-Judgment Interest resulted in a judgment of $32,000,000. The case was resolved for a confidential amount after an oral argument in the appellate court.

Represented a commercial truck driver for post-traumatic stress disorder sustained when a motorist intruded into his lane of travel, causing him to veer to his left to avoid a collision and then attempt to get his rig back into his lane of travel. After avoiding the collision, the driver was unable to prevent the rig from turning onto its side and sliding into a wall adjacent to the highway. After the rig collided with the wall, the driver was trapped in his seat for about ninety minutes. During this time, the driver smelled the overpowering odor of diesel fuel, which had spilled onto the highway. Aware of the very real threat of fire from the spilled diesel fuel, he valiantly and steadfastly maintained his composure until rescued. A previously very active, bold man, the driver became virtually housebound secondary to post-traumatic stress disorder. The jury awarded him $2,368,000.

Represented a woman whose neurosurgeon failed to detect evidence that an aneurysm in her brain was about to burst, which resulted in a catastrophic brain bleed. The matter was resolved for $3,600,000.

Represented parents in a premises liability case in which they placed a crib for their infant in the only place most suitable in an apartment bedroom, which was beneath a window with a venetian blind. The infant became entangled in a blind cord, resulting in death by strangulation. With significant allegations of parental fault, the matter settled for a confidential amount.

Represented a worker for a traumatic brain injury he sustained when the general contractor on a road resurfacing project failed to block the work area from incoming traffic and a driver negligently drove into the area, striking the worker.

Represented a man for soft tissue injuries sustained when a driver negligently drove her car into the car in which his wife was sitting while he was leaning into it and handing her mail. As a result of injuries sustained in the collision, he was unable to interact with his many grandchildren as he had before the collision. The jury awarded the seventy-five-year-old man $243,000.

Represented children in multiple cases in which delivery was complicated by shoulder dystocia (a difficult delivery because the infant’s shoulder becomes stuck as he/she travels down the birth canal) and in which physicians failed to manage the dystocia within the standard of care by pulling hard on the head during delivery, resulting in brachial plexus injuries, which in turn resulted in various degrees of permanent paralysis to the infants’ arms. These cases resulted in confidential settlements.

Represented the family of a fifty-seven-year-old restaurant owner whose interventional cardiologist failed to detect and timely intervene to repair a perforation of his left anterior descending artery that occurred during stent placement. This resulted in a condition known as cardiac tamponade, which caused the patient’s heart to stop beating and he died. The case was resolved for a confidential amount.

Represented a young boy for his eye doctor’s failure to detect and timely correct amblyopia, resulting in legal blindness in one eye. With significant allegations of parental negligence, this matter was resolved for a confidential amount.

Represented the mother of a deceased infant in which the obstetrician failed to detect and treat maternal hypertension during her pregnancy, resulting in stillbirth. This case was resolved for a confidential amount.

Mr. Burnett is a frequent lecturer on trial advocacy techniques as well as on the prosecution of personal injury, wrongful death, and catastrophic injury cases. An enthusiastic outdoorsman, he has been active in Project Healing Waters for years, an organization dedicated to the physical and emotional rehabilitation of disabled military service personnel and disabled veterans through fly fishing.

Call Us
Text Us